GREAT BRITAIN: Shipping to UK only for orders with a minimum order value of 160€ / NORWAY: We are currently not able to ship to NOR due to customs regulations. Sorry for any inconvenience.
Cookie preferences
This website uses cookies, which are necessary for the technical operation of the website and are always set. Other cookies, which increase the comfort when using this website, are used for direct advertising or to facilitate interaction with other websites and social networks, are only set with your consent.
Configuration
Technically required
These cookies are necessary for the basic functions of the shop.
"Allow all cookies" cookie
"Decline all cookies" cookie
Advanced Cart
CSRF token
Cookie preferences
Currency change
Customer-specific caching
Individual prices
PayPal payments
Selected shop
Session
Comfort functions
These cookies are used to make the shopping experience even more appealing, for example for the recognition of the visitor.
Cookie for saving closed promotion banners
Note
Statistics & Tracking
Affiliate program
Track device being used
Categories
Information
Clothing

Several cold winters with freezing nights in the snow were necessary to find a suitable warming legwear for me on the clothing market. Ultralight and small packable should be the ideal insulation pants, there was only down as a second layer in question. Many pants remained then no longer in the shortlist - the Minimus Down Trousers from PHD, the UL Down Pants from Mont-Bell and the Flash Pants from Western Mountaineering. I had the latter delivered to my home, since it is the easiest to get in Germany and, unlike the other two models, has elastic leg cuffs. A few days later I held the pants in my hands. Unworn, they also made a very quality impression - with 185g (in size L) ultra-light and nice lofty. On the body, however, it sank very quickly in my favor. The cut of the pants was simply too wide as a mid-layer and the legs for me 190cm dwarf giants clearly too short! After this disappointment remained only the way to the post office and a quick farewell to the Flash Pant, which now went on the road again. After I now had to realize that the current market does not have the right pants for me to offer, I realized that I have to take action myself and, thanks to extremtextil, it is also possible for the little man to get the right materials. After a short planning phase I ordered the following materials:
- 100g down with 860cuin
- 5m ripstop nylon, down proof, 10den with 25g/sqm
- 1,5m elastic cord 5mm
- 2m elastic tape 15mm
-1 tanka oval for 5mm cord
- sewing machine needles/microtex 5x70
- Superfine pins
- 2x200m Gütermann all sewing thread.
The cost for this was about 120,-€ in total. As a basis I took the pattern of a pair of jogging pants from Burda. Of course I had to change the cut a bit. Since I need the pant legs a bit longer anyway, I lengthened the pattern by 5cm according to the instructions and then by an additional 10cm to compensate for the shortening of the final length of the pants by bulking up the down chambers. I did not change the waist and leg width of the cut and simply chose my size based on the chart, since the cut is rather wide by design and the pants should fit tighter after down filling, since they are meant to be worn under a hardshell. I simply omitted the pants pockets included in the cut. After I then transferred the pattern pieces plus seam allowance to the fabric and cut them out, I had basically made two pairs of pants that I sewed together at the inner leg seams, the center seam at the crotch, and the back. The outer leg seams still remained open. Then, I ironed the seam allowance apart and left-side tacked the pants to each other. After that, taking into account the allowance for the hems, starting from the leg ends, I drew the down chambers at a distance of about 10cm. Now I could topstitch the chambers leaving the double seam allowance open towards the side seams. I then chose the visually nicer side as the right side and turned it inwards. Now I could baste the side seams of the "right" trouser parts and sew them together, paying attention to the seam allowance. The "left" sides had to remain open for the later down filling, of course. Then I ironed the seam allowance flat and fixed it with a glue stick. Now I could finally proceed to the down filling. For this I filled 1L breakfast bags, in the number of down chambers (36), by eye in equal parts with down. By means of a rolled up firm paper, which I put one after the other into the individual down chambers, and a long round wood I could fill these with the single portions. After filling, I was able to topstitch the side seams of the "left" trouser parts. Now I serged the seam allowance with a zigzag stitch and folded it flat along the side seam towards the back of the pants. Then I had to topstitch the down chambers along the side seam, parallel to each other, about 3cm open and thus also fixed the seam allowance neatly looking. Now that the down chambers were finished, I put the pants with several tennis balls in the dryer, so that the down in the surrounding chambers distributed evenly. Finally, all I had to do was make the hems and waistband according to the instructions and tuck in the elastic. The result is more than satisfactory - at 200g, the homemade pants are only 15g heavier than the WM Flash Pant, but are filled with twice the amount of down and are also suitable for big boys!
Andreas Karg

Products, that were used in this project: 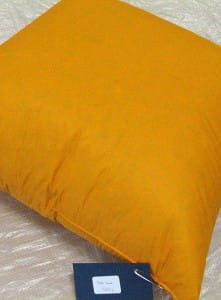 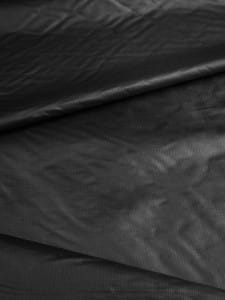 Send us your story

Do you have an interesting D.I.Y. project? Share your sewing projects with the extremtextil community

Send your own story Hello,attached I am sending you some photos of a softshell jacket I made with your Softshell 04 and a red fleece lining.The photographer is Holger Schaaf, the young lady is my daughter Sara.Maybe you like the pictures and what has been made of your product.With kind regardsHarry GütterWe actually... For her bachelor degree, Theresa sewed a rain jacket/anorak with square inset arms and a large fanny pack from our coated paraglider nylon, 37g/sqm in white. We wouldn't recommend this material for real outdoor use, but it gave this project that certain visual something. And she photographed the... A vest as a Bachelor's thesis

Theresa used some of our materials for her bachelor thesis. The result is a cosy vest with lining fleece and topstitching, closable with a leather belt. The lining is made of cotton satin. For the outer material she used our ripstop nylon, down proof, ultra light, 10den, 27g/sqm in the colour... Jean has lengthened his down jacket and upgraded the loft. He writes about it:Thanks a lot for the down and the taffeta!I just finished my down jacket. I started from a quechua inuit x-light and I took away the vertical sewing. it makes better baffles.Then I opened every baflle and filled it with... I finished sewing my first jacket today and I am so proud that I want to share the result with everyone right away.The pattern is from Jalie (2795) and the fabric is the shell fleece with knit outside. Unfortunately you can't see the "nubby" surface here.Do not want to take off the jacket... Several cold winters with freezing nights in the snow were necessary to find a suitable warming legwear for me on the clothing market. Ultralight and small packable should be the ideal insulation pants, there was only down as a second layer in question. Many pants remained then no longer in the... Retro anorak for the Andes

It is a parka / anorak what I used years ago (70s...) as a teenager in the Bolivian Andes. I thought the jacket was brilliantly designed back then, because it offered me optimal protection in very different and difficult conditions.Unfortunately, it got lost to me sometime over the years and... and a jacket ...pattern Alex from Mamu Design...very suitable for everyday use, warm and very loved ...was my first jacket. the next will be neater ...from shell fleece and because it is so great I want one as well but in blue ;-))) From Anja - www.aprikaner.de Comment:Pants from remnant fabric something with poly...in any case the greatest pants because the dirt falls easily off and it dries super fast, is stretchy and very comfortable, self made pattern ;-)...because remnant pieceFrom Anja - www.aprikaner.de(it is the Stretch-polyamide - available in... A photo of my new anorak - I had it sewn - made of Ventile (etaproof cotton).Tested February 2010 in Norway, Hardangervidda. "The design is based on the Fairbanks sewing pattern and made of EtaProof Bio 200g/sqm. I designed and made various modifications to the pattern myself."Andreas W. Ultralight jacket made from micro ripstop

"A photo of a project made from the Ripstop fabric with Kisscoating. A jacket like this always finds a place and works wonders, so to speak."Angelika B. "Last year I ordered 'P-Strech Fleece, smooth outside  [MM]' and sewed a favourite jumper out of it.Pattern: Lady Comet by Farbenmix ( altered: Sleeves narrower + thumbholes + pocket, top lengthened, collar narrower and shorter).For the layout of the front with pocket I was inspired by:... Dear Extremtextil team,many greetings from Matrei in East Tyrol. Just quickly before my vacation I sewed this outfit. Jacket made of 3-layer laminate (Art.Nr. 71335) with orange leather piping, pants made of a 2-layer laminate with Climashield and a lining fabric. Under the jacket is a sweater... Etaproof/ventile was a lot of fun to work with and is really great for the UK climate (often chilly and damp). The template (Fairbanks Pullover) worked really well too, and took a few days of work to finish. The insulation is SUPER warm, I could have had less, and the fleece is also nice and...
This website uses cookies, which are necessary for the technical operation of the website and are always set. Other cookies, which increase the usability of this website, serve for direct advertising or simplify interaction with other websites and social networks, will only be used with your consent. More information
Decline Accept all Configure